Resentment. It’s an interesting word. I looked it up. The definition means: bitter indignation at having been treated unfairly. You probably already had a general idea that’s what it meant. Did you know though it is derived from the Latin sentire and the French word sentir which means “to feel”. Basically to feel an array of emotions which according to Wikipedia include “disgust, sadness, and surprise- the perception of injustice.”

I was surprised (not in a resentful way) to see that, because I was thinking the root word was “sent”. In my mind I had related it to an email that had been sent and re-sent. You know, like that horrible ad you keep getting in your email and can’t seem to unsubscribe from. In fact it really isn’t that far off actually. Resentment is really the playing over and over of the thought about an injustice or wrong that was done. I would argue it’s very close to un-forgiveness except it’s angrier.

The really shocking part is resentment can be a totally made up injustice. It doesn’t have to be a real event it can be something you perceive to be an injustice. You can think that you know someone meant you harm when in reality they didn’t. Since resentment is based on feelings, you only need to feel that you’ve been wronged, you don’t need proof to feel resentment.

Of course there is justifiable resentment too. I think this is the worst kind. It tricks you into believing it’s ok to feel this way. After all, it’s justified. That person lied, they cheated, they intentionally, deliberately hurt you. They knew what they were doing and did it anyway. They knew that it was wrong but didn’t care.

All of that may be true. However, resentment is a negative emotion. Negative emotions are, in the words of Donald Trump, very, very, bad.   Don’t want to take the President’s word for it? Well, Dr. Steven Standiford, chief of surgery at the Cancer Treatment Centers of America states, “It’s important to treat emotional wounds or disorders because they really can hinder someone’s reactions to the treatments, even someone’s willingness to pursue treatment.” (cbn.com The Deadly Consequences of Unforgiveness)

In that same article Dr. Michael Barry states, “Harboring these negative emotions, this anger and hatred, creates a state of chronic anxiety. Chronic anxiety very predictably produces excess adrenaline and cortisol, which deplete the production of natural killer cells, which is your body’s foot soldier in the fight against cancer.” 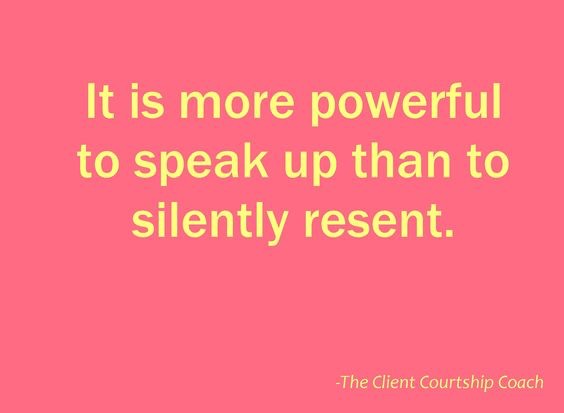 So, yes, your resentment may be justified, but hanging onto resentment isn’t. The problem is there is power in resentment. Authur Paul Tripp lists some of the benefits of resentment in his article Five “Benefits” of Unforgiveness (Then the Better Way). He notes that unforgiveness (resentment) allows you to have the power of holding onto and using a person’s weakness against them. He says this allows us to put ourselves on a pedestal while looking down self-righteously at the offender. He points out that this allows the person feeling resentment to also feel deserving and comfortable with self-focused demands. It allows the resentful a proverbial gun to pull out and shoot a bullet of guilt when they are angry and feeling justified.

If you’re like me, you want to know how to stop it. The simplest answer I can give, is stop re-sending it! Stop re-playing it, stop reliving it, stop repeating it, stop re-feeling it. Unsubscribe. By re-playing the scenario you are allowing them to hurt you over and over and over again. Instead of the damaging effects of injustice impacting you one time, you’re letting them impact you again and again. You’re allowing them to strike you not once but as many times as you decide to keep the emotional abuse going. And unfortunately you become the accomplice by allowing it.

So, how do you stop it? Well like anything it’s a process. But you start by acknowledging it and not ruminating on it. When you ruminate, you are essentially meditating on the negative thoughts. No one would ever tell you to meditate on something like that! Maybe you need to give yourself some space. And of course try to forgive. (You could also read: As Cold As Ice, my blog on Un-forgiveness.)

Oh man, is that a difficult one. I’m not saying to keep it a secret and bottled up inside. I’m saying not everyone on the planet needs to know all the dirty details. Especially if your just telling on them to make them look bad. I’m not judging you for it, I’ve done it myself until I realized the Bible says in Proverbs 17:9 Whoever would foster love covers over an offense, but whoever repeats the matter separates close friends. And let me add, the last part, the separating of close friends, sometimes happens because they are just plain sick of listening to you talk about it.

While I was reading studies and blogs, and basically anything I could get my hands on about resentment, I came across this excerpt by Theodore Dalrymple that I thought was entertaining. It’s titled, It’s All Your Fault:

“So resentment allows you to dream on about all you would have achieved if things had been different (better, of course, for no one dreams of how little they would have achieved had things been worse)…..’Studies’…might all usefully be joined in one great faculty, to be called the Faculty of Resentment Studies. It would undoubtedly be the largest faculty in any self-respecting university, and would easily pay for itself. Professors of Resentment could teach such subdivisions of their subject as the art of rationalization, rhetorical exaggeration, preservation of a lack of perspective, suppression of a sense of irony or humor, and so on and so forth.”

It’s nice to see not everyone takes everything so personally. Laugh, let it go, learn to forgive, and if you’re going to subscribe to something, subscribe to this blog.

Psalm 94:19 When the cares of my heart are many, your consolations cheer my soul.